How we got here

My name is Teresa and I am the one behind "Where the *bleep* is my stork?". I started this blog to help me through our trials and tribulations of trying to conceive. Talking about things, instead of keeping them buried inside, helps me to heal and to keep fighting. This blog is a place where I can "think out loud", a place where I can be honest, real, raw and open. In the world of infertility there is never too much information. My writings are often not filtered but, I try to express my feelings as eloquently as I can. Sometimes, it just isn't possible.

Since I have started this blog I have met so many wonderful people and have gained such an enormous amount of support. Where the *bleep* is our stork? has not only be cathartic for me; it has helped inspire, educated, and motivated other women who are fighting their own battle with infertility. I never thought that my blog would end up being read by so many people. Not only by friends and family but also by complete strangers.

Here is our story:

I say it was luck; he says it was fate.

Before the wedding I went to see an OB for a check up. We knew we wanted kids, but I was not having a regular period. I've never been regular; I used to think I was lucky. After experiencing a painful period the doctor recommended that we check for endometriosis, check a palup he thought he saw during an ultrasound, and to make sure that my tubes were open. In short, everything looked good, and my husband had a "normal" sperm count. The doctor started me on 50mg of Clomid on days 5-9 three times. I never produced follicles large enough. I went up to 150mg and even tried days 3-7. After 5 failed attempts with Clomid my OB referred me to and RE.

My initial visit with the specialist was February 10, 2012. After being in his office for no more than five minutes he told me that I had PCOS (Polycystic Ovary Syndrome). FINALLY! I had some answers!!!

After running lots of blood work and after a 2.5 hour consult; we had a plan! In March he started me on Femara 5mg, days 3-7. Each cycle we ran blood work on days 21. I was ovulating with the Femara, so we tried 3 times, once with a trigger shot and an IUI. When that didn't work we moved to injections. Again, I ovulated, but nothing came of it; both rounds of injections only produced 1 follicle on the right ovary 15-19mm. The RE labeled me a "poor responder".

I decided I wanted a second opinion; just in case there was something we missed. It ended up  that the second doctor agreed that I had PCOS and that injections were a waste of money since I was only producing 1 follicle. If we were going to do injections at our age then we might as well do IVF. She recommended doing three more Femara cycles, with triggers and IUIs. If, after all of that, we have still not conceived she recommended that we turn to IVF.

So, here we are, 5 cycles of Clomid, 6 cycles of Femara, 2 rounds of injections and 3 IUIs later... we are still not pregnant and we are closer to IVF than we ever wanted to be. IVF scares me so much for so many reasons. I am not one to gamble and this whole IF journey has been one; and I am on the losing side. I worry that we will fork out all this dough and my body will fail me, again. Yet, I don't want to look back in 10-20 years and say "I wish I had..." 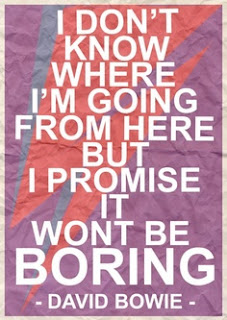 When I was 16, I used to have my life planned out. I would be married by 24, and have my first child by 26. Obviously, the Universe had different plans for me!

*WARNING*
**This blog may contain explicit language, graphic images or details,  as well as what some may consider inappropriate humor. In the world of infertility, however, there is no such thing as "TMI"--  so, read at your own risk**

Thanks for visiting my blog! Be sure to leave some comment love!